The British Navy’s pursuit and sinking of German battleship The Bismarck is one of the epic sea battles of the Second World War. The success of the mission, following Bismarck’s sinking of the battlecruiser HMS Hood in May 1941, was down to the bravery of Allied crews; less well known is the part played by technology developed by codebreakers at Bletchley Park.

The story of how pioneering techniques like direction finding and traffic analysis that emerged from the Bletchley Park operation helped locate the flagship of the German fleet is the subject a new episode of the always fascinating Bletchley Park Podcast . In the latest instalment of the ‘It Happened Here’ series, Bletchley Park historian Dr David Kenyon explains how the ship’s destruction was vital for the Allies, both strategically and symbolically. “If it had been allowed to do the job it was built for, it would have been a disaster for the Allies. [Sinking] it was a vital good news story for the British.”

Intelligence alone was not a silver bullet though. “You never get a piece of information that’s entirely unequivocal, that says what your enemy is going to do,” says Kenyon. “All you ever get is hints. It was a combination of a whole series of diverse hints and a healthy dollop of luck that made the operation a success. Signals intelligence is one part of that jigsaw which, if you took it away, the outcome might have been very different.”

A first-hand account comes from Jane Fawcett, who worked in Hut 6 from 1940. She recalls: “I happened to be on duty. Everybody knew the main part of our fleet was trying to intercept The Bismarck. I worked for 24 hours because I just happened to get [the message showing it was heading for the French port of Brest]. We were lucky enough to be here, able to do what may be the most important thing that any of us have ever done in our lives. We didn’t realise it at the time, but we do now.” 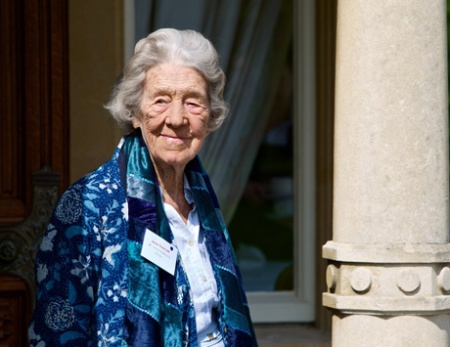 If that gives you an appetite to find out more about the vessel dubbed ‘unsinkable’ by German propagandists when she entered service in the summer of 1940, ‘The Battleship Bismarck Owners’ Workshop Manual’ (Haynes, £25.00, ISBN 9780857335098) provides a top to bottom account in the usual Haynes style.

While other battleships had larger or more numerous guns, Bismarck represented a near-perfect balance between firepower, speed and protection which when she entered service made her the most powerful war machine ever produced by Nazi G

She was, says naval historian Angus Konstam, author of this comprehensive guide to the design, construction and operation of Germany’s most famous and feared battleship, a floating symbol of Nazi might: “When she entered service 75 years ago, Bismark was arguably the most powerful modern battleship in the world; a ship certainly regarded with awe, even by her opponents. “It has been incredibly interesting to explore her journey in detail and find out what it was that made her so special.”

Lavishly illustrated with more than 240 photographs and line drawings, the manual not only describes how Bismarck was designed, built, manned and operated, but also provides a vivid account of this celebrated naval campaign and provides a behind-the-scenes look at what life was like on board.


This entry was posted on May 25, 2016 at 10:43 am and is filed under Engineering, History, Uncategorized. You can follow any responses to this entry through the RSS 2.0 feed.
You can leave a response, or trackback from your own site.