The 2020 market is expected to have 76 million unit sales with VR shipping units than AR because it’s cheaper at the moment. More competition and cheaper technology is expected to change that. 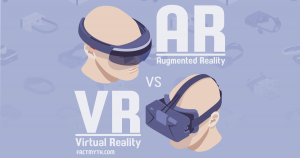 IDC looks at three headset types: Screenless viewers, such as Samsung’s Gear VR; tethered head-mounted displays (HMDs), such as the HTC Vive; and standalone HMDs, such as Microsoft’s HoloLens.

“2016 has been a defining year for AR as millions of consumers were introduced to Pokemon Go and, on the commercial side, developers and businesses finally got their hands on coveted headsets like Microsoft’s HoloLens,” said Jitesh Ubrani senior research analyst for IDC Mobile Device Trackers. “AR may just be on track to create a shift in computing significant enough to rival the smartphone. However, the technology is still in its infancy and has a long runway ahead before reaching mass adoption.”

“Augmented reality represents the larger long-term opportunity, but for the near term virtual reality will capture the lion’s share of shipments and media attention,” said Tom Mainelli, program vice president, Devices & AR/VR. “This year we saw major VR product launches from key players such as Oculus, HTC, Sony, Samsung, and Google. In the next 12 months, we’ll see a growing number of hardware vendors enter the space with products that cover the gamut from simple screenless viewers to tethered HMDs to standalone HMDs. The AR/VR headset market promises to be an exciting space to watch.”