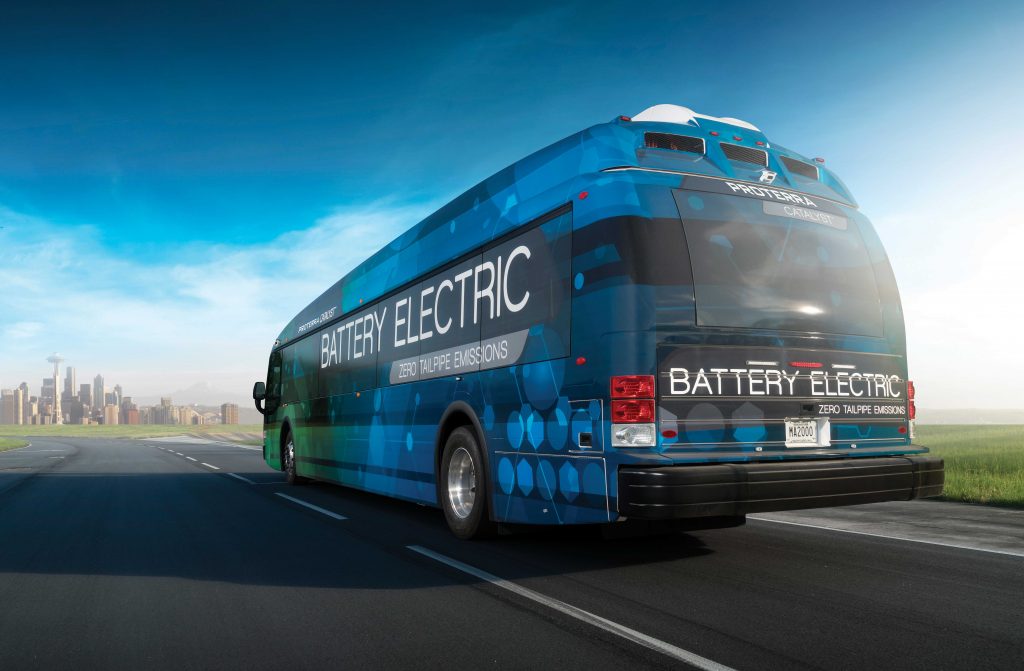 At the end of last month, the 40-foot Catalyst E2 max set a world record for driving the longest distance ever traveled by an electric vehicle on a single charge.

The bus traveled 1,101.2 miles with 660 kWh of energy storage capacity. The location was the Navistar Proving Grounds in New Carlisle, Indiana. (Pity the poor passenger who wanted to get off…)

The company behind it, Proterra, describes itself as “the leading innovator in heavy-duty electric transportation”.

“For our heavy-duty electric bus to break the previous world record of 1,013.76 miles, which was set by a light-duty passenger EV 46 times lighter than the Catalyst E2 max, is a major feat,” said Matt Horton, Proterra’s chief commercial officer.

The company also highlights the drop in price of lithium-ion battery prices, by around 70% since 2010, According to Bloomberg New Energy Finance

Along with improving vehicle efficiency, this will tilt the field in favour electric vehicles as a ‘disruptive mode’ of transport, says Proterra.

“Driven by the best cost savings-per-mile, we believe the business case for heavy-duty electric buses is superior to all other applications, and that the transit market will be the first to transition completely to battery-electric powered vehicles,” said Ryan Popple, Proterra CEO.

“Early electric bus adopters like our first customer, Foothill Transit, have paved the way for future heavy-duty applications, like motor coaches and commercial trucks. As we see incumbents and more companies enter the heavy-duty EV market, it has become very apparent that the future is all-electric, and the sun is setting on combustion engine technology.”

You can read more about the company’s battery technology on its website.