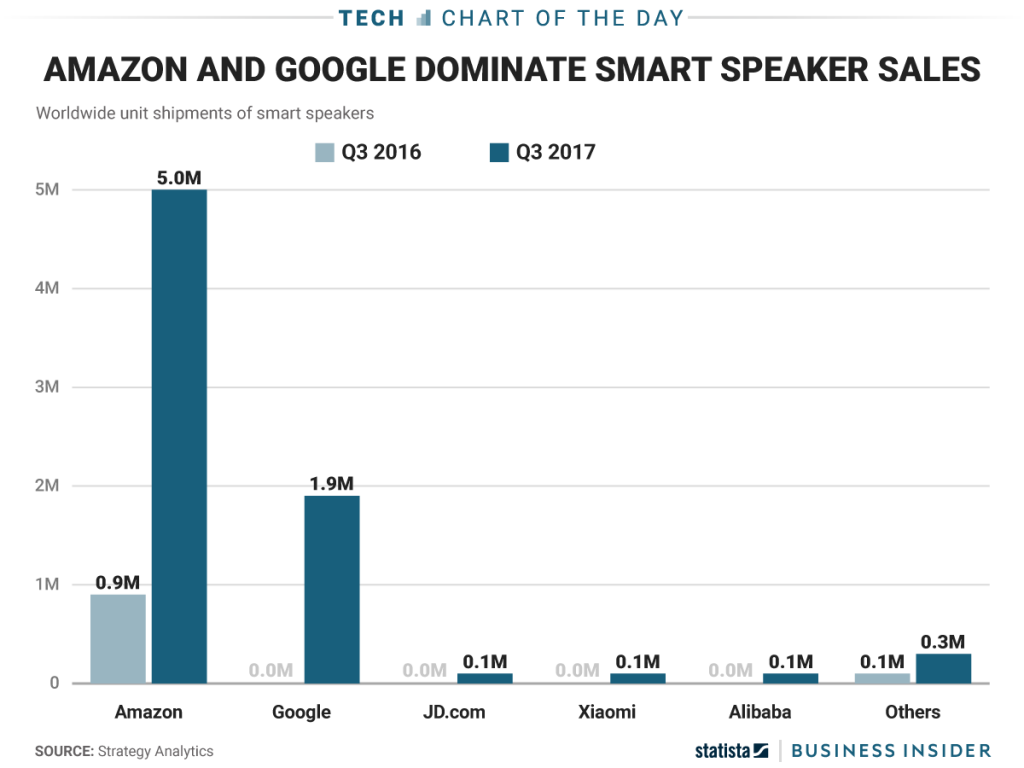 Apple pioneered the market six years ago with Siri but has failed to develop it.

Amazon has opened up its voice platform to developers and device manufacturers and now has a host of products using Alexa – Toyota car controls, the Vuzix smart spectacles, PCs and loads of home gadgets.

At CES, visitors marvelled at the number of Alexa-enabled products.

Whereas Apple, as Apple does, has kept its voice technology for Apple products.

Amazon now has 30% of the market which may be too much for Apple to overhaul. With that kind of share, the developers are all into Amazon and, with that happening,  Amazon’s platform is improving and learning more tricks in leaps and bounds.

Siri was underwhelming when it launched in 2011 and is not much better now.

And while Amazon can deliver an Alexa for $50, Apple hopes to sell a voice assistant for $349.

It’s the same story as with cloud computing – IBM, Google and Microsoft should have won but AWS took the market.