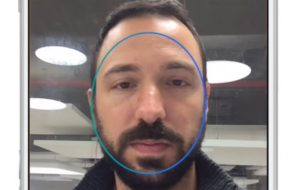 The expectation with the Facebook purchase was that it would match it to its vast library of people photos to create a mobile phone killer app which would enable your phone to identify people,

It never happened because of privacy regulatory pressures in the US and Europe.

Now, according to the Calcalist web-site, Apple has bought RealFace. The Israeli start-up has raised $1 million and has ten employees.

Last year Apple bought Emotient which has tech which can tell a person’s emotions from scanning their face.

The most likely explanation for the purchase is that the technology will be used to unlock mobile devices without the need for passwords.

In 2015, Apple filed a patent for unlocking a mobile device using face recognition.

But it’s just possible that Apple believes the new pro-business US administration will allow it to install on its iPhones the killer app of matching an ID to a face in a crowd.