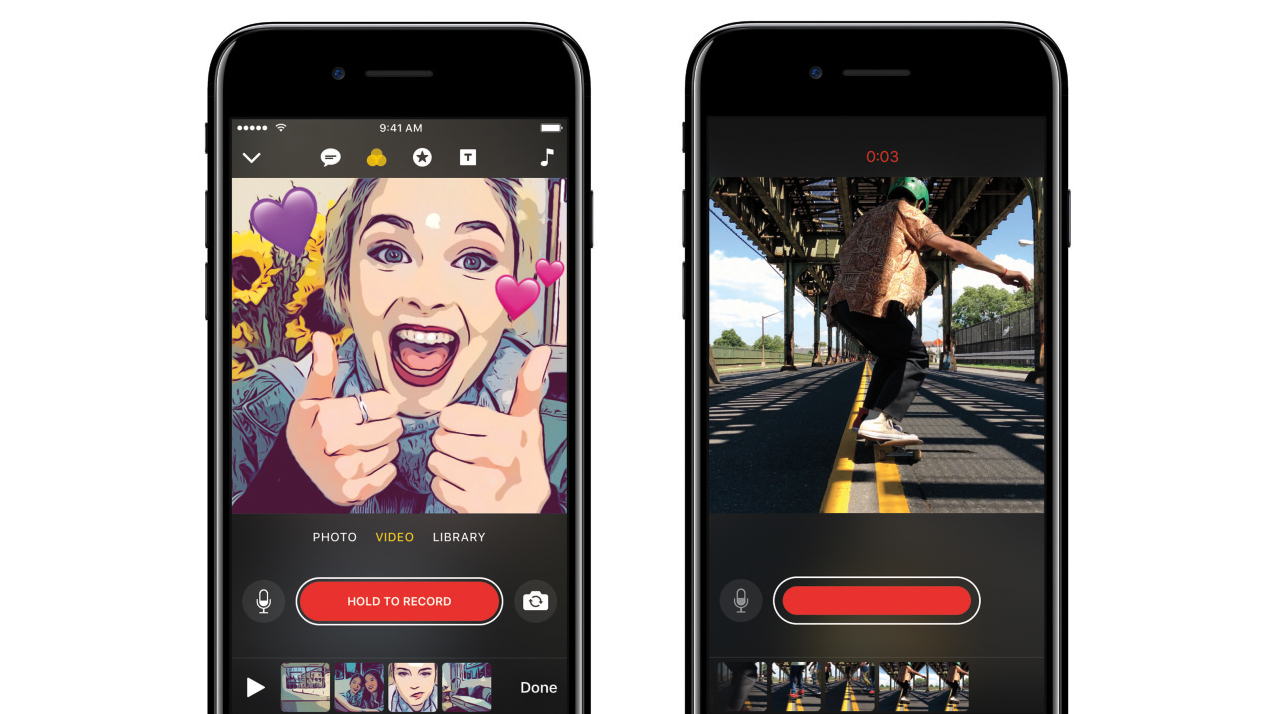 It will allow users to edit photos and videos on the fly so that they can be shared straight to your social network of choice. Clips is designed to share your video and shots to other social networks, rather than Apple having to launch its own version of Google+ or Facebook.

Clips will share files directly to Facebook, Instagram, YouTube, Vimeo and more. It will allow you to edit your photos and videos with filters and captions that look similar to Prisma and other photo editing apps.

For your favorite social networks

Apple has designed this to be as user friendly as possible with an easy to use interface that allows you to shoot and take video or photos within the app itself.

It looks to be half way between the iPhone Photos app feature Memories and specialist video editing software iMovies.

After you’ve taken a clip, you can then choose from a variety of editing tools such as filters, animated title cards and symbols.

At launch it will only come with eight filter options, some of which have previously been seen within the Apple Photos app, but the company may decide to launch more in the future.

There’s also the option of ‘Live Titles’ that generate a caption over the top of your image from what you say directly to the phone. Why you’d use your voice over quickly writing out a caption is currently unclear though.

The app will be landing on the Apple App Store next month, but an exact release date for Clips is not yet confirmed.

There’s no word on which specific iPhone models will be compatible with, but if your phone is running iOS 10 you’re likely to be able to download the Clips app.

Note that, as an iOS exclusive, you won’t be able to download Clips on Android anytime soon.