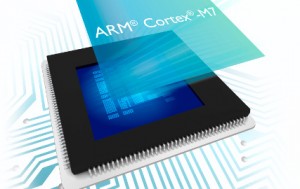 When SoftBank bought ARM last June it undertook to double the UK employee numbers by 2020.
“As an integral part of this transaction, we intend to at least double the number of employees employed by ARM in the UK over the next five years,” said SoftBank in an undertaking which was said to be ‘legally binding’.

43 licenses were signed in the quarter of which 32 were for Cortex, eight were for Mali and three for ‘Classic’ cores ARM7, ARM9 and ARM11.