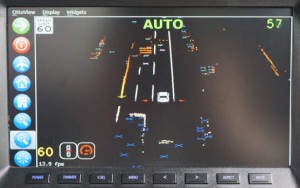 The House of Lords and UC Davis have produced studies which suggest that the advent of driverless cars is a lot less certain.

In the UC Davis survey, 70% of respondents thought fully driverless vehicles will account for more than 20% of vehicles sold by 2040.

2040, is a date given by many technologists for when they expect to see significant fully automated, go-anywhere cars on public roads.

The House of Lords report concludes that concentrating on private cars is the wrong approach for the UK government because ‘ the early benefits of connected and autonomous vehicles (CAV) are likely to appear in other sectors, such as marine and agriculture’.

For electric cars, the prognosis is more optimistic, 70% of the UC Davis respondents thought that, by 2050, the majority of vehicles used commercially for ride and car sharing in the USA will be zero emissions vehicles, including battery, plug-in hybrid, and fuel-cell electric vehicles.

That’s despite the fact that the current administration is expected to relax regulation aimed at encouraging electric cars by reducing emissions allowances.

Despite that expectation, 30 US cities including New York and Chicago have made a joint request to car manufacturers asking for the cost and feasibility of providing 114,000 electric vehicles, including police cruisers, street sweepers and trash haulers.

The 30 cities have a joint budget for buying electric vehicles of $30 billion.

The German car manufacturers are expected to make more electric vehicles this year than ever before. According to PwC Autofacts, Volkswagen, Daimler and BMW will make more than 100,000 purely electric cars this year for the first time ever.

German production of hybrid vehicles is also expected to increase. PwC Autofacts projects a 46% rise to 330,000 units this year.

Fuelling the push to electric is Tesla selling an all-electric car – the model S – for $35,000.