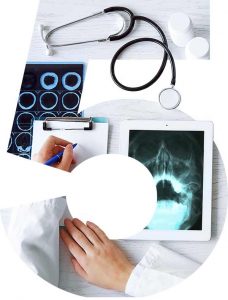 The headline features for the new Bluetooth 5 will see it quadrupling its range and doubling its speed, but also significant is the eight times increase in broadcast message sizes (the ‘advertising packets’, to use the protocol’s terms) to help extend the scope or “richness” of beacon-like applications.

Another point to note is that configuration options will be available to developers to enable them to select the speed and range modes the Bluetooth stack is operating. This should help optimise use of the Bluetooth radio in their own particular applications.

Specifically, developers will have access to the physical host controller interface to help set details of the physical layer. In some scenarios, for example, an application may not need the full range for its operation, or require the faster speeds.

Taking range first, Bluetooth 5 sees an increase in range from approximately 50 metres to approximately 200 metres., The Bluetooth SIG emphasises that the quadrupling of range will help deliver reliable connections across all of a home and its environment, such as a garden, and security sensors at the perimeters. Basically, helping to make Smart Home outdoor use cases more viable.

Underpinning this advance are improvements in techniques for FEC (forward error correction), Electronics Weekly was told by Martin Woolley, Technical Program Manager at Bluetooth SIG. By detecting that the data received is not what was transmitted, and also being able to correct that data rather than request a retransmision, it means there is better protection against data corruption.

In terms of speed, Bluetooth 5 represents a doubling of speed from 1MBps to 2MBps, without the need for additional energy, says the SIG.

Faster data transfers, with lower latency, are particularly suited to applications where speed is a priority, such as medical devices and security systems.

There’s an important security aspect here, too, which Woolley was keen to highlight: the importance of timely firmware update for securing devices, which will be better enabled with faster comms.

With security being critical, the ability to quickly deliver data seamlessly is well recognised. IoT devices, for example, have already shown their vulnerability for spreading malware or being used as botnets. Any disruption caused by such security updates needs to be minimised.

The significance of an 800% increase in broadcast messaging capacity – where Bluetooth is operating in connectionless mode, with broadcasts that can be picked up by any other Bluetooth device – is that it will enable Bluetooth to transmit “richer” data.

For example, previously, the 31 bytes of data available was typically used to only transmit a beacon’s ID. The extra capacity means more contextual information can be shared. In an industrial setting, for example, a Bluetooth device could transmit temperature information, location, data, the number of widgets processed in the last hour, etc.

The SIG believes the boosting of broadcast data sizes will further drive the deployment of beacons – hundreds of millions of Bluetooth enabled beacons are projected to ship by 2020, according to ABI Research – and shape a new generation of “connectionless” services. Second-generation beacons, Woolley dubbed them.

First out of the blocks with Bluetooth 5 support is Nordic Semiconductor with their nRF52840 SoC, aimed at smart home and advanced wearables applications, as well as industrial sensor and IoT devices.

As well as the Bluetooth 5 support, the nRF52840 SoC supports IEEE 802.15.4, the wireless basis of ZigBee and Thread and which can also be employed as a Network Adaptation Layer with 6LoWPAN and standard Internet Protocols.

In terms of beacons, one stand-alone Bluetooth 5-ready sensor beacon platform that has already released is RuuviTag, which can be used as a standard Eddystone / iBeacon proximity beacon.

ABI Research is expecting 48 billion internet-enabled devices to be installed by 2021, of which nearly one-third will include Bluetooth, according to Ryan Martin, senior analyst, ABI Research.

“The global wireless connectivity market is growing rapidly, with an anticipated 10 billion annual IC shipments by 2021,” said ABI Research analyst Andrew Zignani. “The introduction of Bluetooth 5 will create new opportunities in various verticals of the IoT market by reducing complexity and cost and giving manufacturers greater flexibility in targeting multiple applications and use cases.”