Despite the electronics industry being home to some of the most cutting edge employers – all offering myriad opportunities for professionals – the fact remains that there simply isn’t enough talent in the market.

Not only are employers increasingly having to source staff from overseas, but they are also having to invest heavily in their employee and applicant value proposition to ensure that they stand every chance of securing the talent that is available in the market.

And with fears surrounding the long term availability of labour following the UK’s exit from the European Union gaining pace, effective talent management strategies have perhaps never been so important.

But where are the talent shortages most acute, and what can the industry, and employers, do to ensure that the UK remains a competitive player in this global marketplace?

Recent research suggests that the electronics industry in the UK contributes £80bn to the economy so it’s no surprise that it employs – and requires – a workforce of considerable scale. And thanks to rapid technological advances and an ever more mature and demanding consumer base, the skill sets across the industry are not only diverse, but also hard to come by.

This is compounded by an ever evolving landscape – products and services are becoming increasingly technologically advanced meaning that some of the skill sets in demand have simply never existed before, which has resulted in a shortage across the board. And this is particularly the case within the engineering field which, as we are all too aware, has been plagued by a dearth of talent for as long as I can remember.

In the automotive arena, for example, we are seeing a huge requirement for talent within the connected vehicle sector. The huge advancements in the sector have transformed the traditional car into a technology led machine. The intrinsic devices which make this up – from the infotainment systems to the diagnostic and safety features – all require the skills of engineers who are increasingly sought by car manufacturers in this highly competitive arena.

Another area where demand is simply outstripping the supply of engineers is across the semiconductor industry. This is perhaps unsurprising when we look at the number of semiconductor components used in everyday life.

You’d be hard pressed to find a technological device – from smartphones, TVs, audio equipment, to smart meters and LED lighting– where semiconductors don’t form the essential core. And as demand only increases for these sophisticated devices from both consumers and businesses, the production and design of these intricate semiconductors is only going to gain pace.

The fact that there is a lack of engineers is not a new phenomenon – it’s been a significant problem for many, many years.  In fact recent research suggests that UK has a shortfall of at least 20,000 engineers each year – a concerning statistic given the ongoing initiatives to address this. Perhaps the answer then is twofold.

First and foremost, a ‘get them early’ initiative is imperative – whereby the field of engineering is promoted at an earlier stage to those in education who have, crucially, not yet decided what career route they wish to take. Initiatives aimed at A-level students are, of course, admirable but they are arguably too late if the pupil in question has not chosen the necessary subjects – such as physics and maths – that they will need to pursue a career in the field.

Secondly, and just as importantly, is to encourage the field of engineering to girls. It’s no secret that the engineering arena is male dominated. Any drive to produce more engineers will need to include females who, at present, make up a only 10% of the workforce.

The use of role models of both successful men and women is clearly vital if we are to increase the UK engineering population for years to come.

I would argue that we also need to open our eyes to the reality that not all engineers have to take the traditional route of a university degree to enter the field. If the UK can put a greater focus on vocational subjects – which can, after all, be appropriate for pupils who either don’t want to go through university or can’t – we would open the doors to a much larger talent pool in the long run.

Programmes – such as T-levels – not only target pupils at a younger age when they are making decisions about their future job prospects, but they can also encourage the take up of engineering to a demographic that has previously been excluded from the workforce.

While ensuring the UK produces enough engineers is one thing, what is also crucial is that employers are in a position to attract – and retain – the talent that is in the market already. In years gone by, savvy organisations have placed a great emphasis on creating a credible employee value proposition (EVP) to ensure staff are engaged and motivated. But in today’s market, firms need to not only have a strong EVP, but they must also simultaneously invest in an applicant value proposition (AVP). 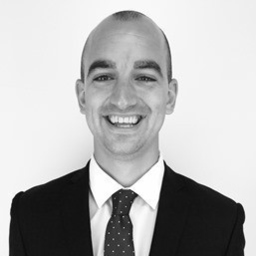 An effective AVP crucially identifies the motivators and aspirations of each target demographic as well as the best communication methods for each. Messages used to attract millennials and Generation Z will be a far cry from those required to target female engineers looking to return to work after a career break, for example.  By fine tuning not only the benefits available to each segment of a target workforce, but also the way in which these people are found and communicated with, organisations will be one step ahead of their competition.

An ageing population, the threat that Brexit poses to freedom of movement laws, and an ever changing customer base all mean that the war for talent in the electronics industry will not be won without effective and ongoing talent management strategies.  The success of employers relies on having the right people in the right place and at the right time.