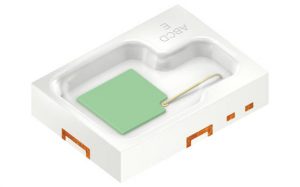 The technology inside is a blue-emitting GaN die and phosphor converter, specially developed for spectroscopy, that converts the blue light into radiation across 650 to 1,050nm.

“By making improvements to the phosphor material, developers at Osram Opto Semiconductors have succeeded in increasing the intensity of the light by 60% compared with the predecessor component,” said the firm, comparing it to the Oslon Black Flat SFH 4735, introduced at the end of 2016.

Spectroscopy allows certain chemical bonds and groups of atoms to be identified, which allows the presence of certain molecules to be inferred. And according to Osram, near-infrared spectroscopy enables such things as the water, fat, sugar and protein content of food to be measured. “If a defined light spectrum is directed at a sample it is possible to determine the presence and quantity of certain ingredients from the wavelength distribution of the reflected light,” it said. 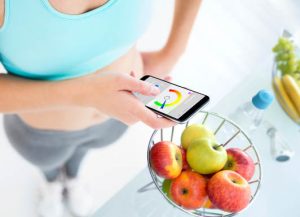 The firm is aiming the new led at phone-based spectrometers for technology-based fitness monitoring and electronic aids. “Consumers will soon be able to use their smartphones to check how fresh supermarket food is, measure the calories in canteen meals and verify whether the tablet in their hand really is a painkiller,” claimed Osram.