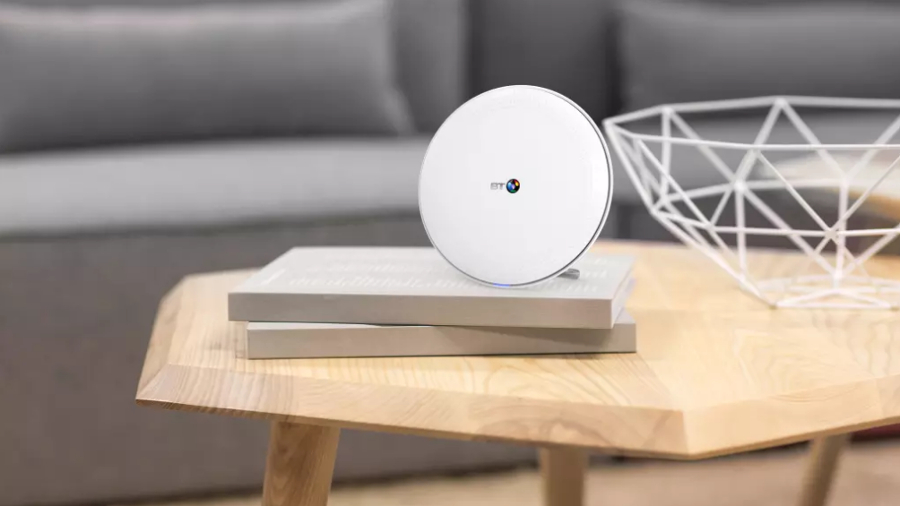 While your Wi-Fi speeds might be blazing fast in the living room where your router is, in other areas of the house performance could fall off dramatically as the signal gets much weaker – but BT has a solution in the form of its new Whole Home Wi-Fi system.

As the name suggests, the product aims to give you a strong Wi-Fi signal across the entire house; even the rooms which are furthest away from your router.

The solution consists of three unobtrusive looking 165mm white discs, each of which is equipped with four dual-band antennas – Wi-Fi extenders (compatible with any router, not just BT’s) which are placed strategically about the house to boost the signal appropriately.

The clever bit is a companion app which is used to determine the optimal locations for the three discs, hopefully leading to a placement that ensures there are no weak spots in the overall wireless coverage.

And if you’re wandering about the house with your mobile device while online, the self-configuring network is capable of intelligently switching you to the best Wi-Fi signal as you roam from room-to-room.

So even if you’re doing something bandwidth-intensive like streaming video, in theory you should be able to move around without any buffering or glitching of the footage.

The app also gives you detailed information on how the Wi-Fi network is being used, showing who is currently online, and even allowing the user to throw a kill switch to temporarily switch off the internet (if, for example, it’s homework time and the kids can do without any distractions – assuming they don’t need to get online to complete their assignments, that is).

The whole system is built to be easy-to-use and work straight out of the box with a very simple setup process, BT says.

The discs themselves have a neat and simple design as you can see, and they also come with lights which you can adjust the brightness of – or switch them off if you prefer.

Whole Home Wi-Fi doesn’t come cheap, though, and it’ll set you back £300. Obviously you can get yourself a basic Wi-Fi extender for a lot less than that, but then you’re getting three extenders bundled into one package here, complete with the convenience of the app – assuming that works as well as BT is talking it up.

Linksys unveiled a similar ‘whole home’ offering by the name of Velop earlier this month at CES.