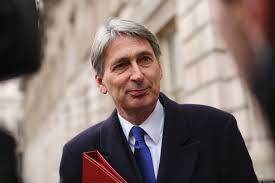 Hammond will say the initiative is necessary because cybercrime is costing £365 billion globally annually.

He is also expected to say that the IoT is making us increasingly vulnerable.

The government announced a similar strategy five years ago.

50+ specialists are to be recruited to the cybercrime unit at the National Crime Agency.

A cyber innovation centre is to be established at Cheltenham.

“Our adversaries are varied – organised criminal groups, ‘hactivists’, untrainedteenagers and foreign states,’ says paymaster-general Ben Gummer, ‘the first duty of the government is to keep the nation safe. Any modern state cannot remain secure and prosperous without securing itself in cyberspace.”