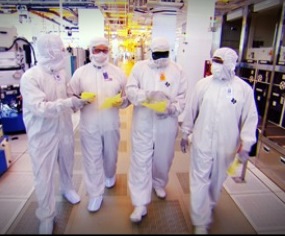 With a number of new fabs set to start production in H2 2018, China is looking for veteran semiconductor people, particularly memory specialists, to run them.

TrendForce estimates that China’s semiconductor sector will have a deficit of 100,000 high-level technical personnel by 2020 unless it can recruit enough people from outside China or train enough people locally.

According to TrendForce, the focus of the headhunting is process development engineers and IC designers.

With eleven fabs under construction in China, TrendForce reckons that they will collectively add 900k wpm when fully loaded.

China companies are offering high salaries which is, says TrendForce, leading to a a boost in compensation and benefits for semiconductor professionals across the entire industry.

Based on UN trade data, China chip imports have been flattish for the last three years while the output of the domestic chip industry has tripled.

So China is increasingly serving its own IC needs.