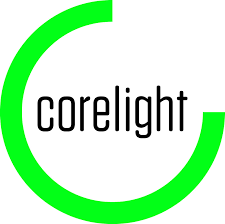 The funding will be used to accelerate the company’s growth plans to meet the market demand for its products through investments in sales, marketing and engineering.

“We often invest in very widely-used open source projects. But it’s uncommon for them to have much enterprise market traction,” said Eric Wolford of Accel Partners. “And what’s highly unusual for a Series A company like Corelight is to have a shipping product built on battle-hardened open source software and dozens of paying customers including six of the Fortune 100, plus one of the largest private companies in the US. I’ve never seen that before.”

Paxson began developing Bro in 1995 when he was working at the Lawrence Berkeley National Laboratory (LBNL); the name refers to George Orwell’s “Big Brother” as it signals the need for operators of network monitoring to remain mindful of their users’ rights and privacy. Today its powerful, versatile and actionable data is at the centre of many of the world’s most capable security operations, including those at Amazon and Deloitte.

“We help our customers solve cybersecurity problems faster than they can today, often decreasing the time to resolve incidents from hours and days down to minutes. This new investment will accelerate our progress,” said Greg Bell, CEO of Corelight. “We’re busy working on a series of new features customers are asking for so they can focus effort away from sensor management and towards higher-value activities like data analysis, threat hunting and incident response.”

Customers describe the Corelight Sensor, Corelight’s first product, as a “flight data recorder” for their network because users can easily go back in time to quickly understand sophisticated cyber attacks more effectively than ever before.