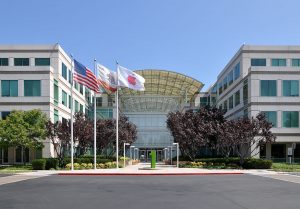 Dialog gets half its revenues from Apple which it supplies with power management ICs.

When Apple announced it was ditching Imagination as its GPU supplier, Imagination’s shares fell 60% in a day.

Apple’s PMIC development was disclosed by the private German bank Bankhaus Lampe and published by Bloomberg.

Bankhaus Lampe said Apple has 80 engineers in California and Munich working on the PMIC which could be designed into iPhones by 2019.

Dialog issued a statement in response to the Bloomberg report: “”The Company notes the level of visibility into the design cycle of its leading customers remains unchanged and the business relationships are in line with the normal course of business.”

Among other companies, besides Imagination and Dialog, which derive half their revenues from Apple are Hon Hai and Cirrus Logic.

Apple appears to be bringing its silicon engineering in-house first with its acquisition of Palo Alto Semiconductors, then with replacing its GPU supplier Imagination and now with PMICs.

Could it be looking to do the same with its processor cores? Should ARM feel threatened? It seems unlikely, but Apple has switched cores before.