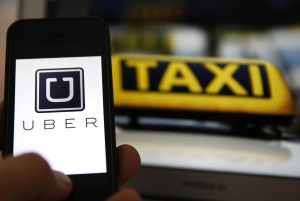 Levandowski pleaded the Fifth to accusations that he had stolen 14,000 files on driverless car technology from his previous employer Waymo, Google’s driverless car unit.

Judge William Alsup, the judge in the Waymo-Uber lawsuit about the files, told Uber to do “whatever it can to ensure that its employees return 14,000-plus pilfered files to their rightful owner.”.

Alsup added:,”If Uber were to threaten Levandowski with termination for noncompliance, that threat would be backed up by only Uber’s power as a private employer, and Levandowski would remain free to forfeit his private employment to preserve his Fifth Amendment privilege.”

which is exactly what Levandowski has done.

Faced with the choice of  either giving up his rights under the Fifth Amendment and opening himself to a Waymo lawsuit and a criminal charge, or sticking with the protection afforded by the Fifth and refusing to obey a direction from Uber to hand over the files, he has defied his bosses at Uber and suffered the penalty.

And, thanks to the Washington Post, here  is how Uber’s lawyers sacked him.