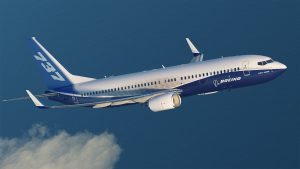 “Depending on how it’s designed, you can have an electric plane that’s substantially less loud than a fuel plane,” said Jeff Engler, Wright Electric’s co-founder. “the way we’ve designed our plane is to have modular battery packs for quick swap using the same cargo container that’s in a regular airplane. We want it to be as fast as possible, so airlines can keep their planes in the air as long as possible and cover their costs.”

The early products are likely to be hybrid planes unless battery technology improves dramatically. The first product is a hybrid-electric 9-seat plane for flights up to 300 miles. The company hopes to test-fly such a plane this year.

Wright is working with electric aircraft pioneer Chip Yates who has developed an electric plane called the Long-ESA. The company has recruited a team who worked at DARPA on electric plane projects.

Wright’s stated aim is to make all short-haul flights electric by 2040.