Industry body techUK has highlighted inconsistencies between wording in the UK Regulations and the text of the Directive. 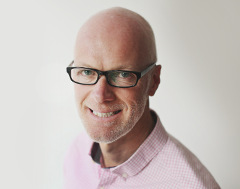 It also believes the government has made a major underestimation of the cost of implementation faced by manufacturers.

“The Radio Equipment Directive is a sensible law which techUK supports, but the way it’s been implemented has been shambolic, costing the tech sector millions to comply.”

With the EU Directive expected to become law in a matter of weeks, there are major areas of uncertainty for firms. For example, underpinning technical standards may not be ready, yet the Commission proceeded anyway.

The worry is that without these standards manufacturers may face extra costly compliance processes to have products legally on the market.

As Hide points out:

“Making manufacturers follow laws when the required standards are not ready is not something we can support, and we’re particularly disappointed that the Commission didn’t do anything despite all the warnings given. Hopefully the lessons have been learned and we would encourage the UK Government to do more to avoid this.”

Countries will most likely create different powers of implementation. This could be at odds with CE marking in the single market.