A few large deals are pulling up average sizes and there were five $30M+ Series A rounds in Q3’16. 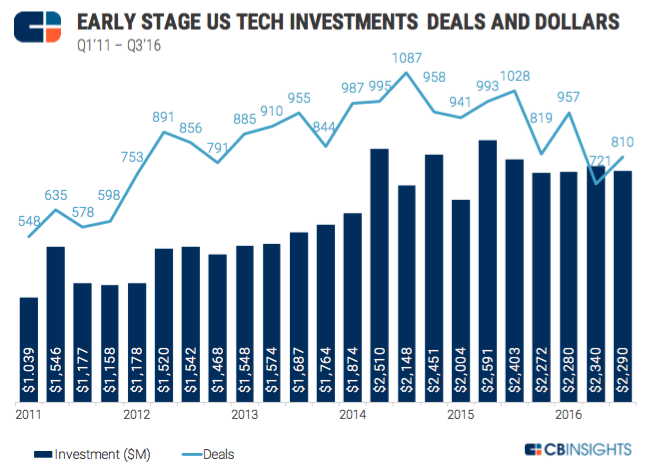 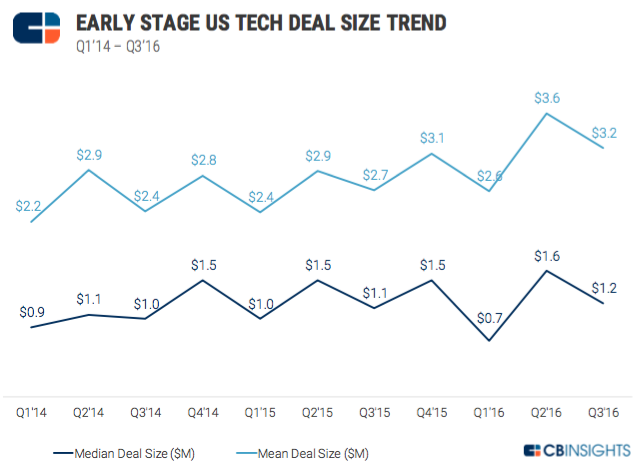 The analysis shows that it’s getting harder for seed and Series A-stage companies to obtain further financings, with the percentage of seed companies obtaining follow-on deals dropping from 57% of those that raised in 2010 to 49% for 2013 and 42% for 2014. 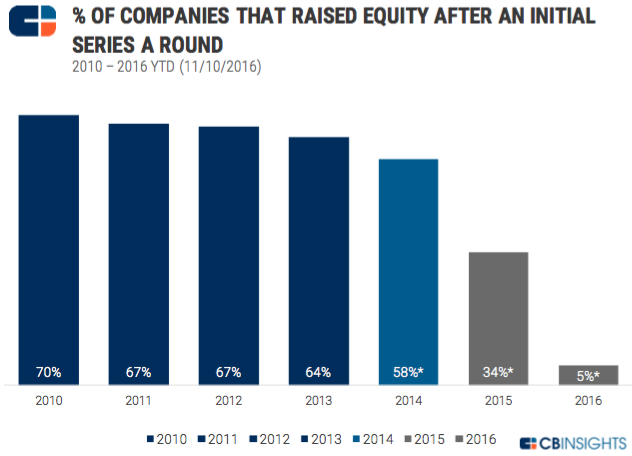 NEA was the most active investor, beating out early-stage investors 500 Startups and SVAngel for the top spot 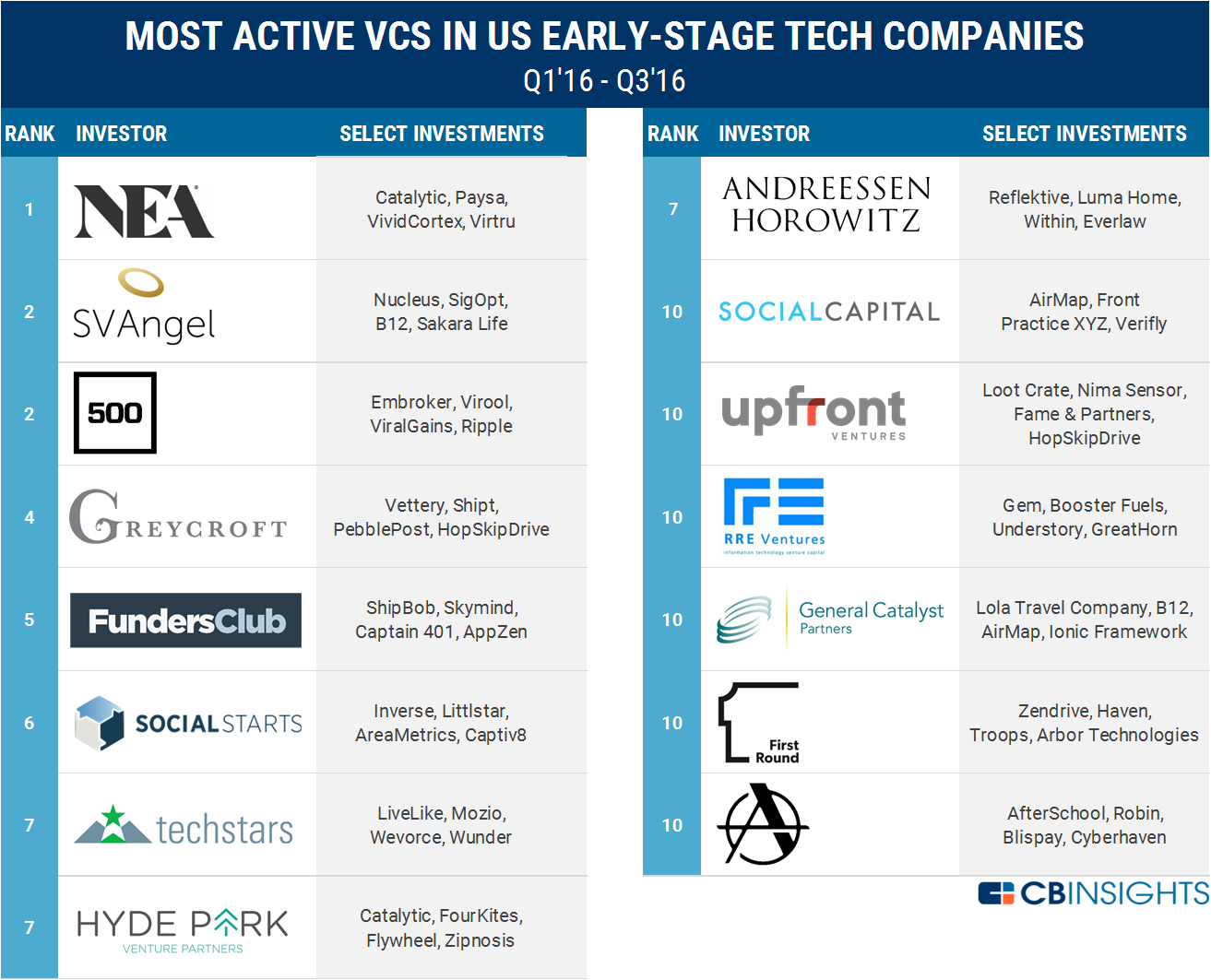