Sales by companies registered with the Fachverband Bauelemente Distribution (FBDi e.V.) grew in the months April, May and June by 5% (compared with Q2/2017) to 949 million Euros.

The order situation performed better, and with 1.04 billion Euros exceeded the billion Euro mark once again. With 1.09 the book-to-bill rate (order intake to revenue) remained on a high level. 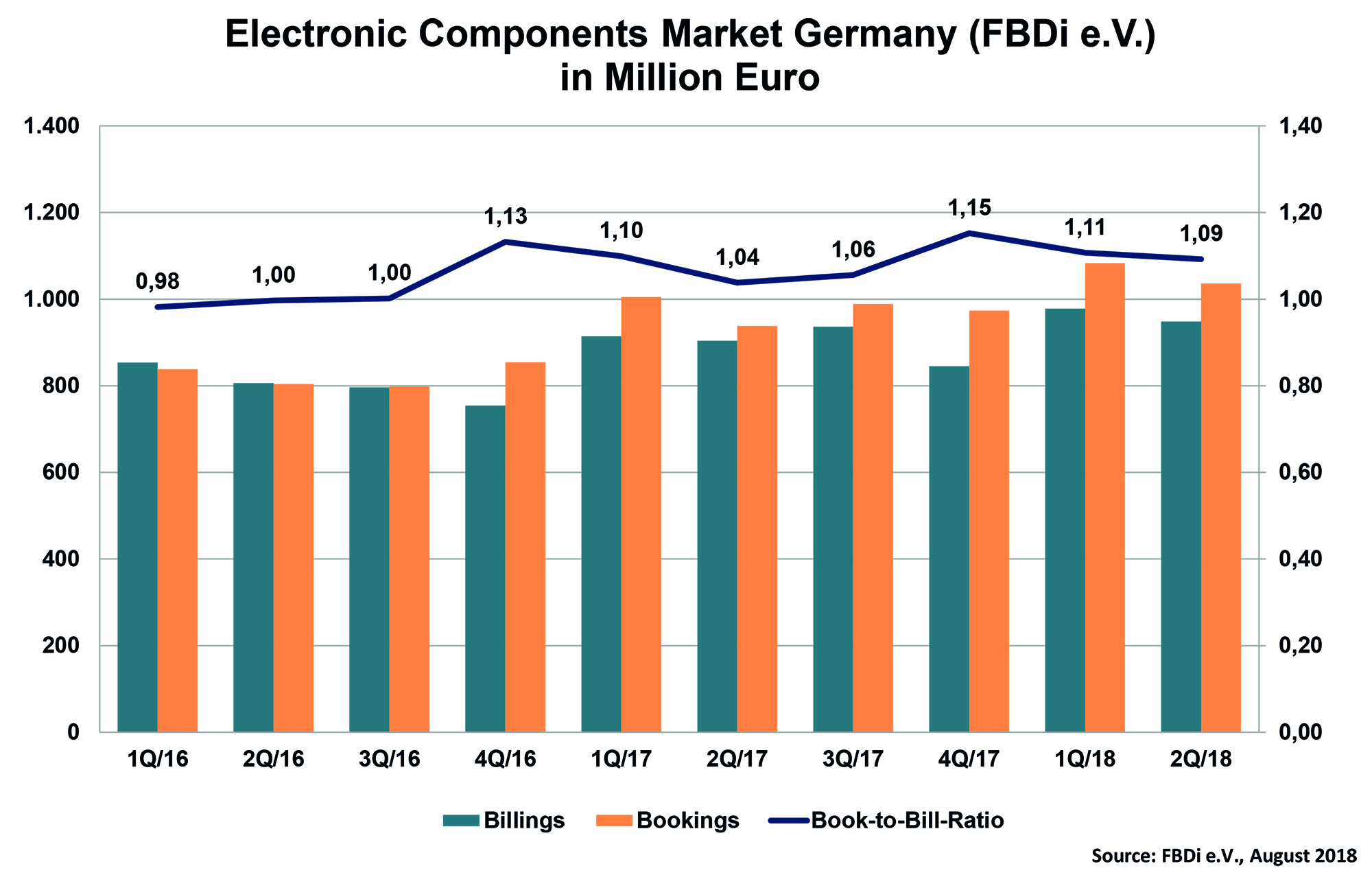 Broken down by technology the passive components grew strongest with 14.4% (reaching 137 million Euros), followed by electromechanics (7.7% growth to 100 million Euros) and semiconductors (2.8% to 654 million Euros).

Regarding the breakdown of sales there are slight changes: semiconductors 68.9%, passive components 14.4%, electromechanics 10.6%, power supplies 2.8% and others (sensors, displays, assemblies) 3.3%.

“The effect of postponed orders due to the poor supply situation continues during the second quarter,” says FBDi chairman Georg Steinberger, “since  mid of 2016 the orders have grown substantially stronger than the revenue, but do not have a recognizably adverse effect on the revenue growth. All this indicates that either the backlog is growing or the cancellations have increased. This will be reflected in the overall year 2018, we expect a moderate growth in the one single-digit range at the best. The trade dispute does not seem to have a significant impact on the overall German economic growth so far. Somehow the high technology market, by and large, seems to be uninfluenced of the political situation. Endogenous factors such as missing production capacities and shortage play a more important role.”