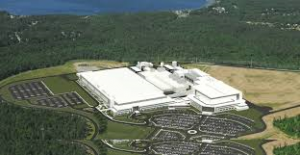 Instead, the company will concentrate its resources on its 14/12nm Finfet process.

“GF is putting its 7nm FinFET program on hold indefinitely,” says the company. It is assumed that the 5nm and 3nm programmes are also scrapped.

The 7nm process, which was expected to see customers’ designs tape out in Q4, will not now be used by anyone.

“The vast majority of today’s fabless customers are looking to get more value out of each technology generation to leverage the substantial investments required to design into each technology node,” says GloFo CEO Tom Caufield, “essentially, these nodes are transitioning to design platforms serving multiple waves of applications, giving each node greater longevity. This industry dynamic has resulted in fewer fabless clients designing into the outer limits of Moore’s Law. We are shifting our resources and focus by doubling down on our investments in differentiated technologies across our entire portfolio that are most relevant to our clients in growing market segments.”

Caufield took over from Sanjay Jha in March.

It looks as though GloFo’s owner Mubadala of Abu Dhabi has decided that it wont’t invest any more  in GloFo and is telling it to generate some profits.

Mubadala is thought to have spent $20 billion  on GloFo since taking a controlling interest in AMD’s fab stable in 2008.