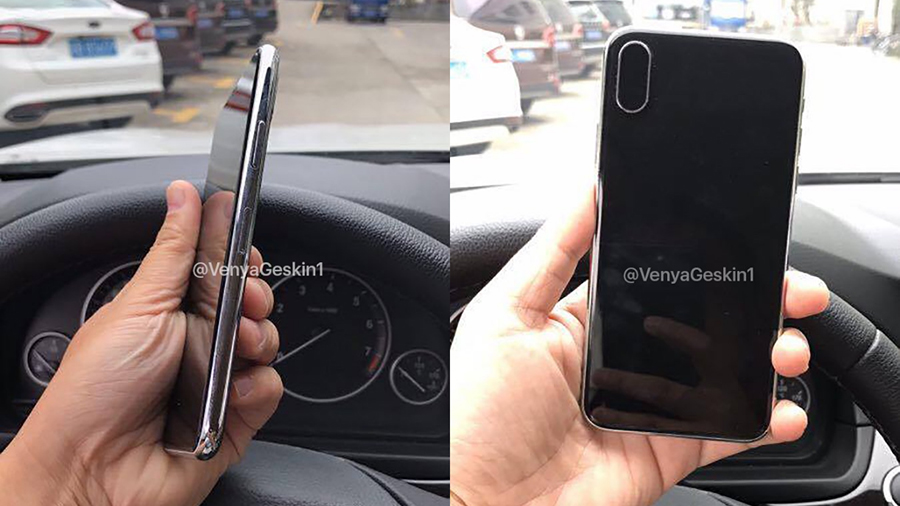 With only five months to go until the expected big reveal, it’s fair to say the 2017 iPhone rumor mill is very much up and running – and this weekend we’ve got another image leak that gives us clues about the potential design for the iPhone 8.

The shots in these photos are of a dummy device mocked up based on Apple’s designs for their upcoming phone, courtesy of Twitter user Benjamin Geskin and reported by 9to5Mac. It’s not clear how recent this design is but it fits with what we’ve seen so far.

Specifically, we’re talking about a dual lens camera with one lens above the other (supposedly for some advanced 3D or augmented reality effects) and a distinct lack of bezels around the front of the device. The power button also seems to be longer.

There’s no slot on this design for a Touch ID sensor around the back of the device – which has been rumored, with the suggestion being Apple is struggling to get the necessary tech embedded in an all-glass, bezel-free front.

On the other hand these shots don’t show the Apple logo either, so it’s possible they’re from early prototypes that Apple has been considering rather than the finished design. The company seems to have worked through quite a few different design ideas over the course of the last few months.

What does now seem likely is that Apple is readying a premium iPhone 8 or iPhone Edition to celebrate the tenth year of the device – quite possibly the one we’re seeing here – as well as two more incremental upgrades to the 2016 models.