But why was it so important? Touch control, IoT and cloud computing all came from the iPhone. 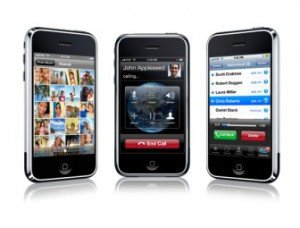 It may be hard to believe now, but at the time many observers didn’t give Jobs or Apple a chance of breaking into the mobile phone market dominated by huge brands – Nokia, Motorola and Ericsson.

The maxim that no one sees the biggest changes until it is too late, couldn’t have been more clearly demonstrated.

The launch of the iPhone by Apple changed the mobile industry – where are Nokia and Motorola and Ericsson now? But it went beyond that.

The iPhone changed consumer electronic product design. It changed the way hardware and software combine to create an electrconui product.

More simply, it changed the way we do things.

I am tempted to predict that an earth-moving product like the iPhone will never be repeated. But then I was one of the nay-sayers in January 2007.