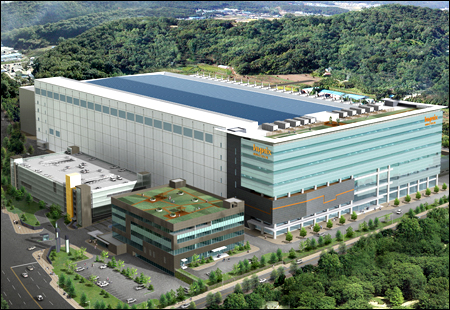 “In order to grow further, it is important to secure production facilities in advance to deal with NAND Flash market growth to be led by 3D NAND solutions,” says Hynix.

$1.8 billion will go to build a new fab in Korea with $800 million going to expand Hynix’ existing fab in Wuxi, China.

Next year China is expected to produce its own NAND chips for the first time. Yangtze River Storage Technology (YRST) the Tsinghua Unigroup Chinese memory company, will start producing 3D NAND at the end of 2017 at its Wuhan fab.

If successful, a new player to the NAND game alongside Samsung, Hynix, Toshiba and Micron would be expected to depress NAND ASPs.

Since the industry rule is that it takes 18 months for spending to translate into increased output, Hynix is making a big bet on the 2018 NAND market.

It is rumoured that Hynix is going to enter into some sort of NAND supply/development deal with Seagate.

Hynix shares have risen 49% this year, while Toshiba and Micron have seen their shares grow 78% and 45% respectively.