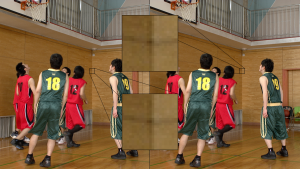 Claimed to halve memory bandwidth and footprint, the IP block targets SoC development for consumer applications to meet the needs of the higher resolution demanded by 4K and 8K displays, as well as the battery life for consumer products.  Nigel Leeder, executive vice president, PowerVR, Imagination, said: “By introducing visually lossless compression into our GPUs, we can now guarantee a reduction in memory bandwidth and usage.”

The dual-pipeline framebuffer compression engine has a new lossy pipeline which is only used if the lossless pipeline falls short of 50% compression, so that even ‘noisy’ images can be compressed with high fidelity. There is also a decision logic block which determines which output should be used to guarantee the compression ratio. Algorithms ensure the image quality change is imperceptible, says Imagination.

The savings in bandwidth mean that RAM and bandwidth can be freed for such tasks as simultaneous 5G download while the GPU is in use, or to reduce the number of DRAMs in the device to lower cost.

The bandwidth savings translate into better battery life for users and cost savings for system manufacturers. It also adds functionality, as RAM and bandwidth can be freed for other uses, such as enabling simultaneous fast 5G downloads while the GPU is in use, or a reduction in the number of DRAM devices used in the system.

PVRIC4 will be available as a feature in next-generation PowerVR GPUs and is available for licensing now as a standalone IP block.