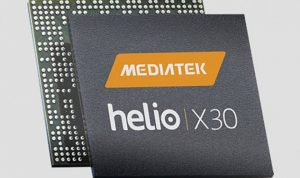 The mobile device from MediaTek featuring MIPS technology is the latest MT6799 Helio X30 processor which uses MIPS in its Cat-10 LTE modem.

The MIPS multi-threading capability enables the CPU to do more work every clock cycle. This can “boost real-time responsiveness and performance where multiple latency-sensitive tasks must be handled simultaneously”, said Imagination, which believes that multi-threaded CPUs provide significant advantages for LTE Advanced/5G features such as carrier aggregation.

“With their powerful multi-threading capability, MIPS CPUs offer a combination of efficiency and high throughput for LTE modems that contributes significantly to system performance.”

Imagination says that the multi-threaded I-class CPUs can be used in LTE Advanced, LTE Advanced Pro and 5G applications. In addition, the MIPS DSP extensions coupled with multi-threading further optimise applications common in this space such as VoLTE.