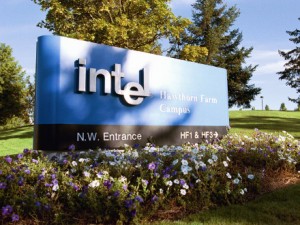 Intel’s slip to No.2 had been widely predicted in the wake of hugely inflated memory prices.

However, when Samsung went into mainstream semiconductors in the 1980s, the company’s founder declared his ambition to become No.1 and hold that slot for 100 years.

Apart from its fall off the top perch, Intel had a good Q2 with revenue up 14% y-o-y (excluding Intel Security Group) with strong performance in client computing (up 12%) and data-centre (up 16%).

The company raised its full-year revenue outlook by $1.3 billion to $61.3 billion.

Q2 operating income was $3.8 billion, up 190% year-over-year and the company generated approximately $4.7 billion in cash from operations.