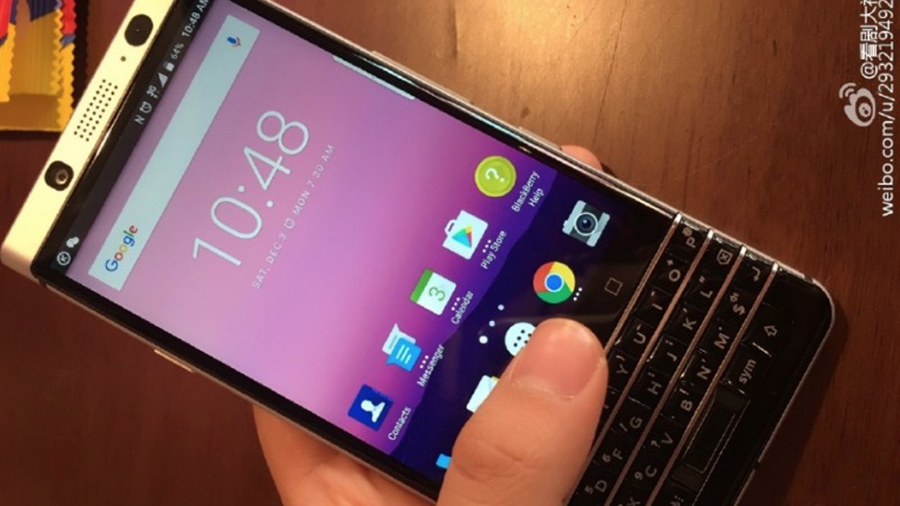 BlackBerry is having one final, three-pronged go at the handset game: we’ve seen the  DTEK50 and DTEK60, and the last in the series, the DTEK70 or BlackBerry Mercury, is supposedly going to come with a classic BlackBerry-style keyboard.

Now we have what could be our first look at the upcoming Mercury with a set of images leaked on Weibo, a Chinese Twitter-style social networking platform – the images show a strangely-shaped handset, running Android and with a QWERTY keyboard at the bottom.

As GSMArena reports, the pictures aren’t dissimilar to others leaked back in June from an internal BlackBerry presentation. It was early in the summer that news first started to spread about BlackBerry’s three-handset plans.

The specs rumored so far include a 4.5-inch display (with the unusual 3:2 ratio we just mentioned), a 2.0GHz Qualcomm CPU, 3GB of RAM and 32GB of storage. The phone will reportedly come rocking an 18MP rear camera and an 8MP snapper at the front.

As for a launch date, Q1 2017 has been mentioned, so we shouldn’t have too long to wait to hear something official. If you’re in the market for an BlackBerry handset with a real physical keyboard, this might be your last chance.

While the photos do match what we’ve heard about the BlackBerry Mercury so far, they’re not from one of the most reputable sources on the web, so we wouldn’t bet the house on this being the final design just yet.