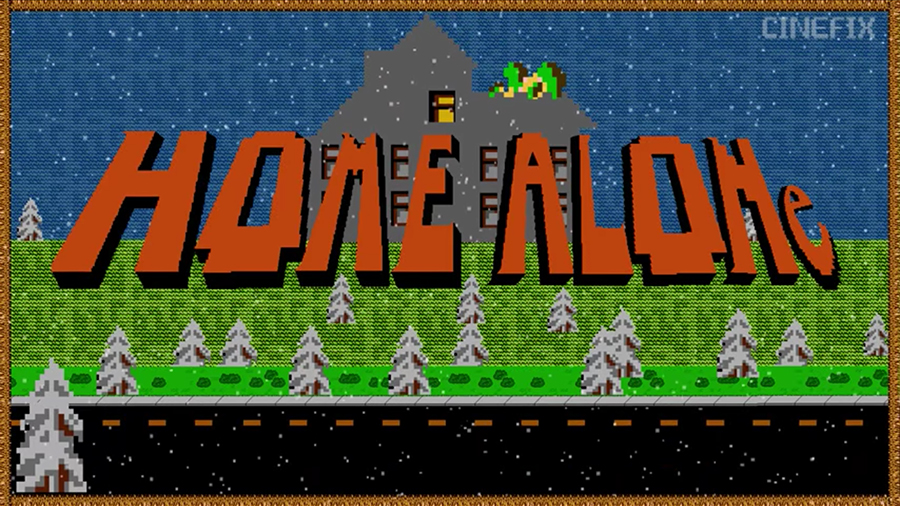 In some households, Home Alone is as much a part of Christmas as presents under the tree and charades after dinner, so this new video from CineFix is perfectly timed.

It gives an authentic-looking 8-bit feel to the legendary battle between 8-year-old Kevin McCallister – abandoned by his family – and the Wet Bandits, intent on robbing Kevin’s house while his parents are away.

The retro video stays pretty faithful to the film and covers all of the major scenes, complete with 90s-style audio effects.

Our only complaint is that it’s only a video and not a fully playable game – there were actually some real Home Alone games released at the start of the 90s, but none of them looked as good as this does.

Perhaps the success of the Nintendo Mini Classic this holiday season might persuade someone to have a try at producing a new Home Alone game – with a suitably retro feel, of course.

In the meantime we can hope that we see more Christmas movies given the 8-bit graphics treatment – Die Hard or Jingle All The Way, anyone?