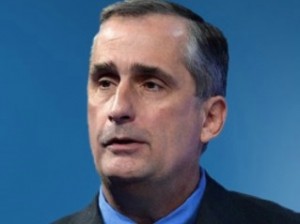 Krzanich said his decision was based on the worrying direction of U.S. politics.

“I resigned to call attention to the serious harm our divided political climate is causing to critical issues, including the serious need to address the decline of American manufacturing,” said Krzanich.

“Politics and political agendas have sidelined the important mission of rebuilding America’s manufacturing base,” he added, “I resigned because I want to make progress, while many in Washington seem more concerned with attacking anyone who disagrees with them.”

“Nearly every issue is now politicized to the point where significant progress is impossible,” he said.

Krzanich also said he called on leaders to condemn the white supremacists who participated in the Virginia rally.

During the US presidential election campaign Krzanich proposed holding a Trump fund-raiser at his home, but the event was cancelled when it was criticised by other Silicon Valley companies.