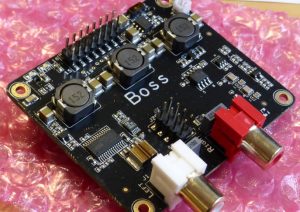 Boss is an DAC with a difference: it avoids jitter using a technique I have not seen before in a Raspberry Pi product.

Unlike the same firm’s Kali product which scrubs jitter from the Raspberry Pi I2S audio signal by re-clocking (using an FPGA, amonst other chips), Boss generates a clean local clock and injects in into Raspberry Pi’s I2S interface for it to clock audio data out on – at least, that is how I understand it. 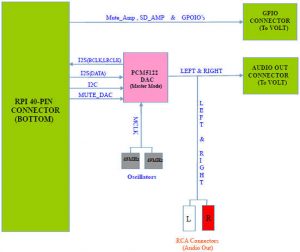 I am not one for audio woo. All I can say is that the music that came out of a system with Kali was astoundingly clear and very ‘stereo’ sounding – however, the available software was a bit buggy at the time – hopefully that is now sorted – my system ceased to function for unexplained reasons before I could try later software versions.

Anyway, I am really looking forward to trying Boss with Raspberry Pi. 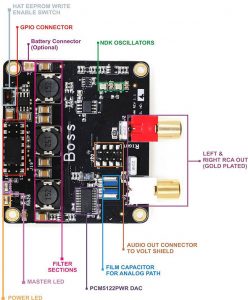 Allo Boss. There is a super cap on the back, and a 40pin socket for Raspberry Pi.

Boss at a glance