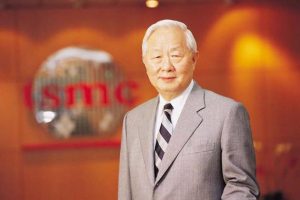 Chang says he is retiring for personal and family reasons and that he would not sit on the board of directors or participate in management activities after retirement..

Chang started TSMC in 1987 as a jv between the Taiwan government and Philips with $45 million capital.

The company has 56% of the $47 billion foundry market with annual revenue of almost $30 billion last year,

Chang, a veteran of TI and former CEO of General Instrument, will become Chairman of TSMC when he gives up the CEO job.

At 82, Chang has had a remarkable career. He got his PhD from Stanford and was regarded as a formidably tough boss at TI.

When he went to head Taiwan’s government research institute ITRI in 1985, he helped hatch the plans that spawned TSMC in 1987.