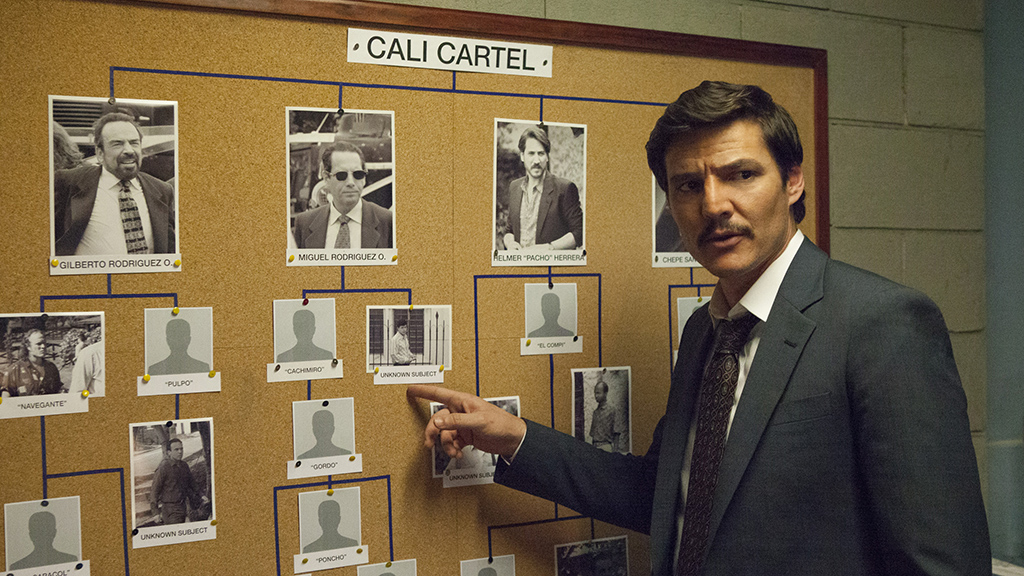 Though the Pablo Escobar storyline explored in the first two seasons of the Netflix Original series Narcos is officially done and dusted, the first trailer for the its third season seems to indicate that the show won’t be slowing down anytime soon.

Explaining that the drug cartels of Colombia are all about succession, returning DEA agent Javier Peña (Pedro Pascal) has set his sights on the infamous Cali Cartel, a drug trafficking operation that took profits (and violence) to extreme new levels during the height of its powers in the 90s.

Kicking off with an era-appropriate new jack swing track and closing with a Cypress Hill classic, the trailer doesn’t shy away from the grotesque acts committed by the Cartels in Colombia. If you have an aversion to cinematic violence, you may want to bow out now.

Likewise, if you haven’t finished the second season of Narcos, or don’t know how the real-life events surrounding the Medellin Cartel played out, the trailer will spoil that for you, so proceed with caution.

Narcos season 3 will arrive on Netflix on September 1, 2017. Check out the explosive trailer below.