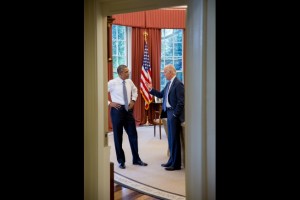 Before President Obama hands over to Donald Trump on January 20th, the chief science adviser to the president, John Holdren, will produce a report on Chinese investment in the US semiconductor industry, reports the Wall Street Journal.

The report is thought to be a guideline for the incoming president about protecting the US chip industry which is seen as vital to US national security.

Part of the report is expected to relate to the Committee on Foreign Investment in the US (CFIUS) which has blocked a number of attempts by China to buy US chip companies.

Holdren reckons that “a loss of leadership in semiconductor innovation and manufacturing could have significant adverse impacts on the U.S. economy and even on national security.”

China has set up a $160 billion fund to promote the local semiconductor industry. The country spends twice as much on chip imports as it does on oil imports – some $230 billion a year – so the need to produce locally is pressing.

“We are seeing new attempts by China to acquire companies and technology based on their government’s interests—not commercial objectives,” says US Commerce Secretary Penny Pritzker “we will not allow any nation to dominate this industry and impede innovation through unfair trade practices and massive, non-market-based state intervention.”