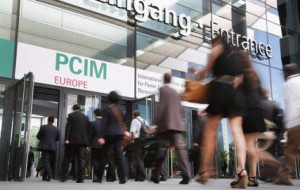 PCIM: All-SiC 1,200V 600A power modules from Rohm
Compared with IGBTs, at a chip temperature of 150°C, the firm is claiming 64% reduction in switching losses.

PCIM: Maxim power converter aims for safe power levels
The growing use of microprocessor-based control systems in industrial environments has highlighted to need to design in higher levels of reliability.

PCIM: UK-based Amantys develops next generation IGBT gate drive
Called NG Gate Drive, it has been designed to be compatible with IGBT modules known as LinPak, XHP, nHPD2 and SemiTrans20.

PCIM: LEM current transducer steps up in accuracy
The 2000-S model transducer also has an extended operating temperature range of -40 to +85°C.

PCIM: half-bridge device has high and low side mosfet drivers
Diodes has introduced a range of gate drivers that feature a floating high-side driver to simplify the switching of two N-channel mosfets or two IGBTs in a half-bridge configuration.