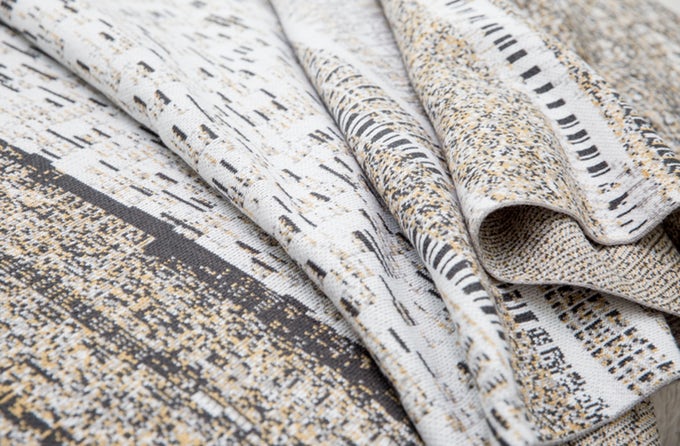 Thanks to New Atlas for this one, highlighting “digital glitch aesthetics”, where traditional textiles match with, er, modern malware.

Several artists and designers have been creating compelling textiles out of wholly digital patterns, fusing one of the oldest forms of material production with a thoroughly modern style.

For several years now artist Jeff Donaldson, aka Glitchaus, has been producing knitted scarves and rugs inspired by classic malware. The range is, of course, called “malwear” and one of the most iconic pieces is a blanket based on the infamous Stuxnet worm. The design essentially turns the binary code of Stuxnet into a color pattern.

Now you may think Gadget Master has shuttled off topic, when it comes to rugs and cloth, but there is actually a thread of this material woven through the blog…

Check out for example, the Raspberry Pi-powered automated weaving machine we highlighted last November. Or the LED clothing that changes colour to the beat of music.

And after the dancing, when things get messy, there’s always the Laundrino, an Arduino controlled washing machine.

More seriously, in terms of cutting-edge research into fabric and electronics, check out the cloth that harvests motion and sunlight, developed by researchers Researchers at Georgia Institute of Technology. Or the silk that conducts heat as efficiently as metals, via Iowa State University, or the embroidery that makes wearable antennas, via Ohio State University.

Anyway, thanks to Sue P for flagging this one.