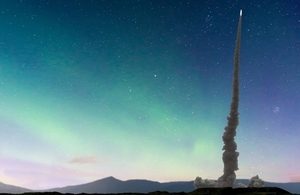 Government moves to promote the UK space industry took shape this week with the introduction of the Space Industry Bill in the House of Lords.

The government wants the UK to take advantage of the growing global space industry with multiple micro-satellite launches.

The Bill, which was outlined in the Queen’s Speech, represents the UK’s commitment to enabling commercial spaceflight from UK spaceports.

Lord Callanan, Parliamentary under Secretary of State for Transport introduced the Space Industry Bill, which is a joint initiative by the Department for Transport, UK Space Agency and Civil Aviation Authority supported by the Health and Safety Executive.

”The Space Industry Bill will ensure the UK remains a leading player in the commercial space age by enabling small satellite launch from UK spaceports. The measures in the Bill will help make the UK the most attractive place in Europe for commercial launch and enable UK businesses to capture a growing share of this emerging global market.”

The hope is that the UK can reduce its dependence on foreign launch services and benefit from the development of new spaceports and supply chains.

The government anticipates that markets for small satellite launch and sub-orbital flight are forecast to be worth over £25bn globally over the next 20 years.

The main elements of the Bill are: