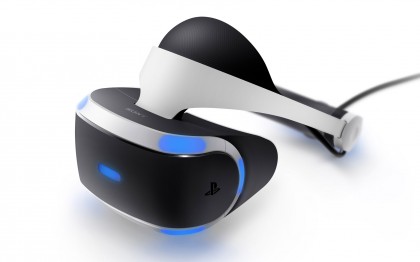 Update: This update is now live for all users, according to the PlayStation Blog, so go forth and experience YouTube’s finest 360 videos.

As far as virtual reality headsets go, the PlayStation VR is already pretty well equipped when it comes to games, with a sizeable catalogue of titles available for Sony’s newest toy. But affording the headset and all those games at a penny-pinching time of year? That’s not going to be possible for everyone.

So, considering how many PS VR visors are going to be sat under Christmas trees next week, the system’s YouTube app is getting a timely update that will see PlayStation VR headsets natively support YouTube’s 360-degree video content.

With a flick of a switch, Sony’s exponentially increased the amount of free content people will be able to enjoy with the headset.

The update however isn’t being rolled out immediately to all users. YouTube 1.09 has been spotted by some Redditers, but it’s not automatically downloading for all.

It’s worth trying to manually force the update if you’re feeling impatient – hover over the app’s icon, hit your controller’s “Options” button, and select “Check for Update” to attempt to speed up the process.

Once it’s installed, the YouTube app will offer up two options upon start up – to fire up either the “PlayStation VR Version” or a “Normal Version”.

Though you’ve previously been able to load up 360 videos on the headset over a USB stick, this update makes viewing a wider range of 360-degree footage far easier.