According to Hugo Fiennes, CEO and co-founder of Electric Imp:

“We have seen customers cut nine to 12 weeks from prototype and trial schedules, and up to six months of engineering time when using early versions of our IoT QuickStart products and designs.” 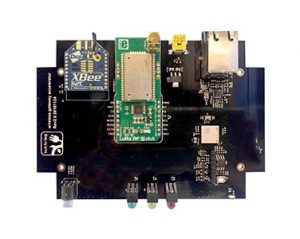 It is powered by power over ethernet (PoE), 8-40V AC/DC or USB, it communicates over Ethernet or dual-band WiFi.

The impAccelerator: Wireless Communications Gateway is an alternative to Linux wireless gateways and is capable of supporting multiple wireless networks including ZigBee, ZWave, LoRA and sub-GHz radios.

The impAccelerator: Battery Powered Sensor Node is for environmental monitoring with four built-in sensors for applications such as commercial refrigeration, stores or transport. Also supports 1-Wire devices and is powered for years using two AA batteries.