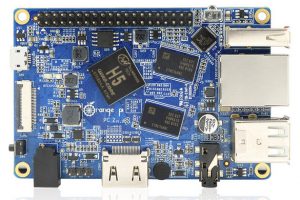 The Orange Pi compute module is based on a quad-core 64 bit ARM Cortex A7 Allwinner SoC. It is available in several models from the entry level Orange Pi Zero to the 2Gb of RAM Orange Pi Plus 2.

The app store allows developers to share their applications, projects and scripts between themselves and with the wider Orange Pi community.

Applications in the store are formatted as snaps, the universal Linux application packaging format. With snaps, developers can distribute their application in a secure and confined package. The bundled support firmware helps with installation.

It also provides access to applications available in the Ubuntu snap store.

The maker design community has already contributed 100s of snaps in the Ubuntu snap store, ranging from server to desktop and IoT applications. These will now support the Orange Pi family of boards.

The Orange Pi App Store uses the whitelabel app store offering from Canonical, which lets them distribute applications to the Orange Pi community under its own brand.

“Orange Pi is a powerful set of tools for developers enabling them to go much faster from development to production with CI integration, cross-platform building and beta distribution.”

A number of vertical applications are available that can also accelerate the development of  IoT projects such as openHAB for home IoT usage, Rocket.chat or NextCloud for SMEs or wifi-ap for networking.