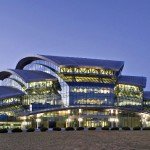 Samsung has agreed to compensate workers with payouts of up to £100,000 for diseases and death caused by the chemicals used in fabs.

The death of Hwang Yumi, a 23-year-old Samsung fab employee, has provoked the settlement after a ten year campaign by her father Hwang Sang-ki.

Back in 2007, Hwang set up a group called Supporters for the Health and Rights of People in the Semiconductor Industry to push for compensation for disease, miscarriages and deaths caused by working in fabs.

The group has identified 320 victims of fab-related illness of which 117 have died.

Last July Hwang Sang-ki stated: “It is truly deplorable that the issues of workers having fallen ill and died from on-the-job chemical exposure remained unsolved for more than 10 long years.”

At that time Samsung said it would abide by a mediator’s decision and this is the decision.

“Samsung Electronics stands by the promise to unconditionally accept the suggested solutions and will work quickly on detailed plans for execution,” says the company.