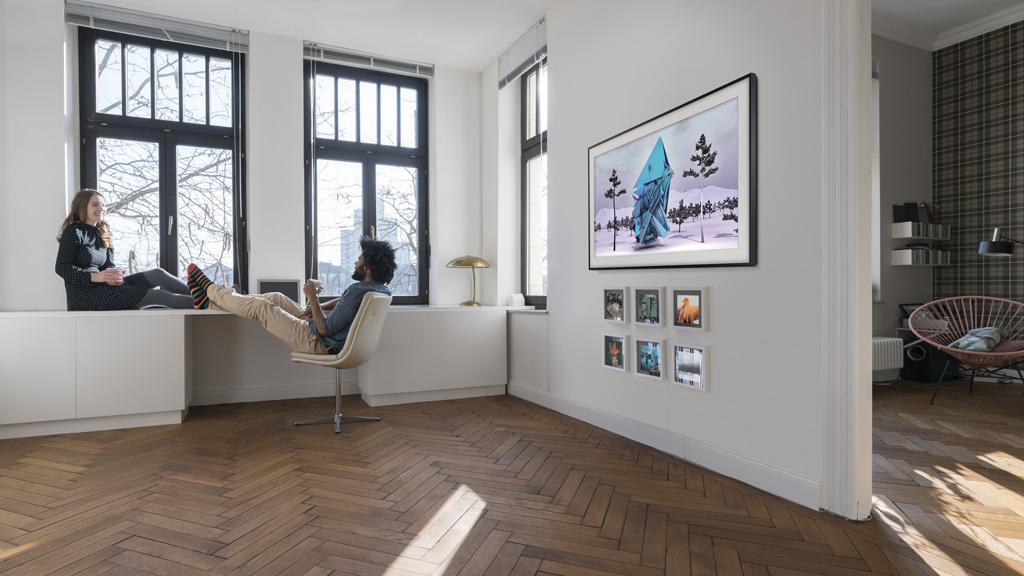 With its first iteration of The Frame, Samsung produced a television that rendered itself practically invisible when placed in standby mode, with its minimalistic design and ability to display a curated selection of artworks instead of the huge black rectangle that most tellies become when not in use.

Now, Samsung is bringing an updated, second generation version of The Frame TV to Aussie homes, boasting an upgraded Art Mode with more artworks to choose from, and an enhanced user interface which allows users to curate their art selection based on medium, colour scheme and more.

The TV will also include Samsung’s One Clear Connection cable – the tech was featured in the ‘best in class’ Samsung QLED Q9F, and allows a totally separate One Connect Box to transmit both power and AV data to the TV, keeping things even more minimal in the process.

Samsung’s 2018 model of The Frame features a 4K display that supports HDR10+ technology, and will include a slim-fit wall mount, with three customisable bezel options available for purchase in white, walnut and beige wood.