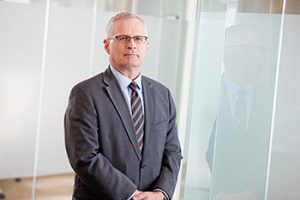 The proposal is expected to be considered by Congress in the coming weeks.

“Over the past three decades, the U.S. semiconductor industry has unleashed tremendous innovations that have transformed America’s economic, technological, and national security landscape. America’s corporate tax system, meanwhile, has remained largely unchanged, leaving U.S. businesses at a disadvantage to their overseas competitors.

“The tax reform framework is a step forward to make the U.S. corporate tax system more competitive and allow U.S. semiconductor companies to continue to grow and innovate here at home. The plan would advance the U.S. semiconductor industry’s core priorities for tax reform: a lower, globally competitive rate, a modern international tax system, and strong incentives for research and innovation.

“While there are many details of importance to our industry that need to be fleshed out, we support the plan as a framework for advancing corporate tax reform. We look forward to working with Congress and the Administration to enact corporate tax reform that makes the United States more globally competitive and boosts U.S. leadership in semiconductor research, design, and manufacturing.”