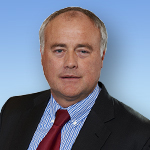 ST will look for funding for the fabs from the French and Italian governments which own 27.5% of the company.

The fabs will be located in Agrate and Crolles.

ST has not built a 300mm fab since 2002 went it built Crolles 2 with Motorola and Philips. Motorola (later Freescale) and Philips pulled out of the collaboration in 2007.

In 2004, under former CEO Pasquale Pistorio, ST built a 300mm fab shell in Catania but it was never equipped.

Chery says that 10-15% of ST’s capacity is booked out to foundries and that ST’s own fabs are fully loaded.

ST is undergoing a major revival – it’s  share price has doubled this year.