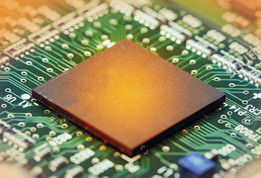 The company has now published the data in a report entitled Heat is On, examining some of the challenges and priorities of current electronics design.

The survey found that thermal considerations are often neglected, particularly early in the design process. Specifically, one in five engineers confirm thermal issues are a common cause of expensive and time-consuming late stage design complications. However, the survey of 350 professional electronics engineers, also found that 40% of engineers still consider thermal considerations to be a low priority in their current design process.

In fact, over a third of engineers agreed that thermal challenges are ‘irritations they could do without’. This attitude is surprising given the impact that inadequate thermal design can have on electronic devices.

From consumer gadgets to industrial electronics, excess heat reduces performance, impacts reliability and figuratively makes devices too hot to handle. However, rather than focus on these factors, nearly two thirds of engineers claim it is easier to ‘over engineer’ the thermal aspects of their designs rather than use tools to optimise thermal performance.

While 37% of respondents believes that they should be spending more time on thermal management, 75% of designers admitted they don’t generally test a device’s thermal operation early enough in the design process.

More than a quarter (27%) wait until after a design is complete before testing its thermal operation and 56% only test thermal design after a physical prototype has been produced.

The survey also found that 13% of engineers don’t test the thermal performance of their designs at all. These issues are compounded. notes the company’s, by the fact that 40% of those surveyed said that they find thermal simulation too complex and time consuming.

“Our new report provides a timely insight into the current attitudes to electronics design amongst engineers – but it is clear from the findings that best practice is not always being followed,” said Tom Gregory, Product Manager, 6SigmaET. “While it is easy to dismiss thermal design as ‘low priority’, the truth is that considering thermal issues early on in the design process is essential for ensuring a product is right first time.”

“While simulation is a common part of the design process, we believe it can be used far more extensively – particularly when it comes to thermal issues. And while many engineers highlight difficulties with thermal simulation, tools like 6SigmaET have been designed specifically to provide highly accurate, rapid simulation that is easy to use.”