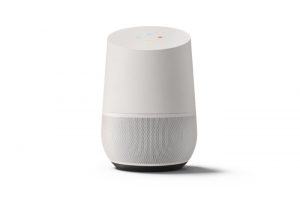 It’s competing with the likes of the Amazon Echo running the Alexa voice services, with the idea of proving services in the home untethered from a mobile phone. You could tell it to play music, dim the lights maybe, or get real-time reports on the latest on weather, traffic or news…

So, what does the new hardware look like from the inside? Check out the Google Home teardown. 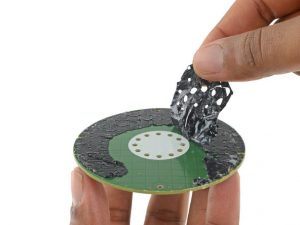 Interestingly, they find many of the chips (CPU, flash, and RAM) that they found in last year’s Chromecast: 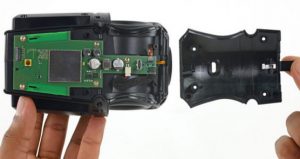 Their overall verdict is quite positive, with iFixit awarding a repairability score of 8 (for purposes of comparison they gave the Apple Watch Series 2 a score of 6, and the iPhone 7 a score of 7).

Plus points include there being few moving parts, only standard screws and connectors being used throughout and its main components being modular meaning they could be replaced individually…

The major downside, they say, is that the touch board strongly adheres to the upper case.

While we are on the topic of the Google Home, check out this interesting article from JR Raphael – Google Home has a glaring flaw

The answer is to do with Home’s handling of multiple use accounts.