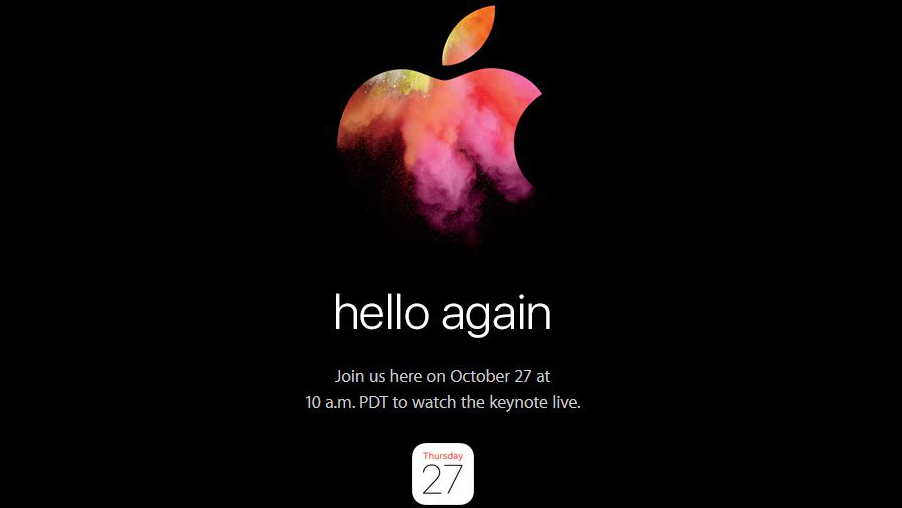 Have you heard the news? Apple is holding a press event this coming Thursday, 27 October, when it’s expected to unveil a few updates for its Macs (the 12-inch MacBook is the only one to have had a refresh so far in 2016).

If you were hoping to see some brand new iMacs or an updated Mac Pro this week then you might have to temper your expectations just a little – one of the more reliable analysts in the Apple business has said the event is going to focus exclusively on laptops.

Ming-Chi Kuo of KGI Securities says we’ll see new 13-inch and 15-inch MacBook Pros (complete with Magic Toolbars) at the event, as well as a an updated 13-inch MacBook Air, as MacRumors reports.

Mac to the future

All is not lost for desktop fans though: Ming-Chi Kuo says that updated iMacs and a standalone 5K display are both in the works, though they won’t be out until the first half of next year (which fits neatly with Intel’s CPU release schedule).

As for those new MacBook Pros, the KGI Securities analyst predicts that they’ll come rocking USB-C ports, the option of a 2TB solid state drive, and battery life that goes further than ever before, all of which sounds pretty on-the-money to us.

Ming-Chi Kuo admits we might get a mention of the desktop Macs on Thursday but it’s a long shot – and the MacBooks will definitely take centre stage. As usual we’ll be bringing you all of the announcements just as soon as they happen.