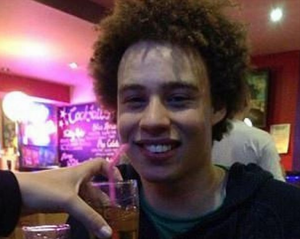 Marcus Hutchins from Devon (pictured) was credited with stopping the spread of Wannacry which was infecting the computers of NHS Trusts and forcing hospitals to abandon operations.

Wannacry had spread to 150 countries before Hutchins disabled it.

Now the US Department of Justice says that the 23 year-old helped create, spread and sell Kronos malware which infected banks between July 2014 and July 2015 and allowed people to steal money.

“Marcus Hutchins… a citizen and resident of the United Kingdom, was arrested in the United States on 2 August, 2017, in Las Vegas, Nevada, after a grand jury in the Eastern District of Wisconsin returned a six-count indictment against Hutchins for his role in creating and distributing the Kronos banking Trojan,” said the DoJ.

Hutchins was in Las Vegas to attend the Black Hat and Def Con hacking conferences.