Not that far behind, riding the explosive growth of China’s handset market, is MediaTek which grew 29%.

Poor old ST slumped to No13 in the rankings – a humiliation for a former No.3.

Qualcomm had a poor year, shrinking 4%, though it rose one slot in the rankings to No.4.

Strong gainers were TSMC (11%), Apple (17%) and Toshiba (16%). Apple doesn’t sell any chips of course but IC Insights puts the market value of the apps processors it designs and uses at $6.5 billion,

Could consolidation actually be happening? Well, leaving out the three foundries, the other 17 companies accounted for 68% of the industry’s total revenues as opposed to 58% last year.

There are now nine companies with $10 billion + sales and it now takes $4.5 billion to join the Top 20 club. 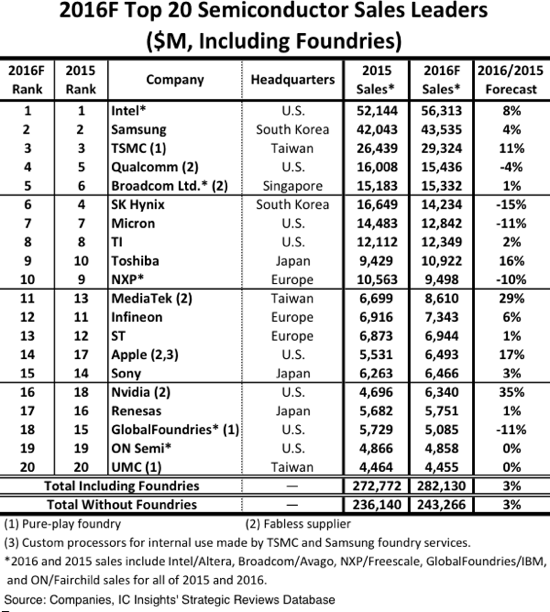